A Pair of Lonely Electrons in a Crowded Room: Revisiting the Concept of an Electron Lone-Pair

Electron pairs are a ubiquitous concept in chemical bond theory: from covalent and non-covalent interactions to resonance and the Pauli Exclusion Principle, electron pairs from the cornerstone of electronic structure. In particular, electron lone-pairs play determining roles in describing geometric structure, reactivity and dative-covalent bonds. The concept of an atom-localized lone-pair, however, conflicts with the molecular-wide wave-nature of electrons, leading to the hypothesis that all lone-pairs are at least somewhat delocalized over multiple atoms. Unfortunately, exact quantification of the degree of lone-pair (de)localization is quite difficult.
Here, we apply the Fragment, Atomic, Localized, Delocalized and Interatomic (FALDI)1 density decomposition scheme to the quantification and visualization of lone-pairs. We show, in a series of model compounds (including primary amines, donor-acceptor compounds and organometallic bonds) that lone-pairs can be considerably more delocalized than what previous models might suggest. We discuss the nature of lone-pair delocalization and show that an intact lone-pair localized to an atom can couple to a lone-pair split amongst two atoms to increase its delocalization in a polarized fashion. 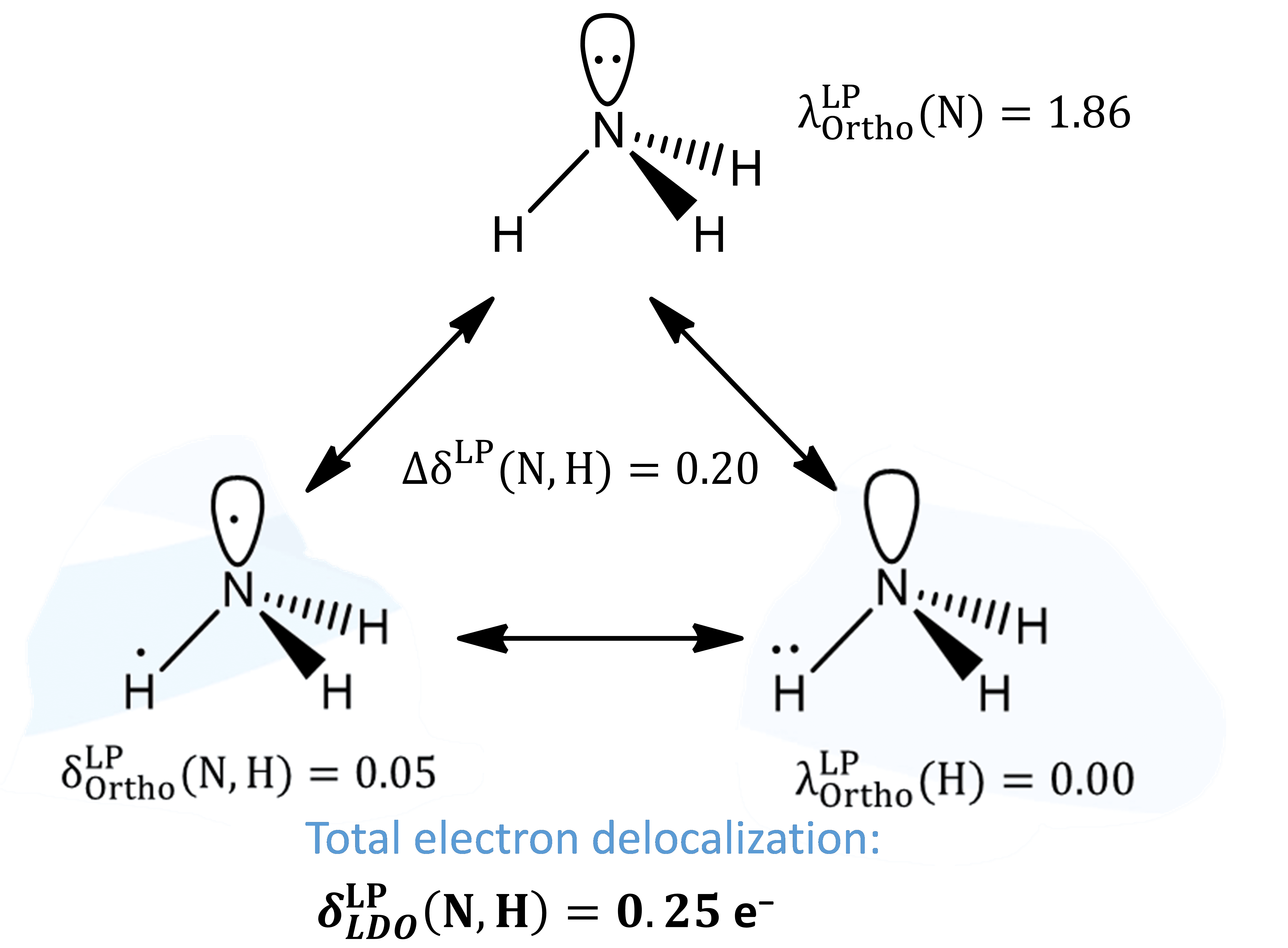 Site made with by